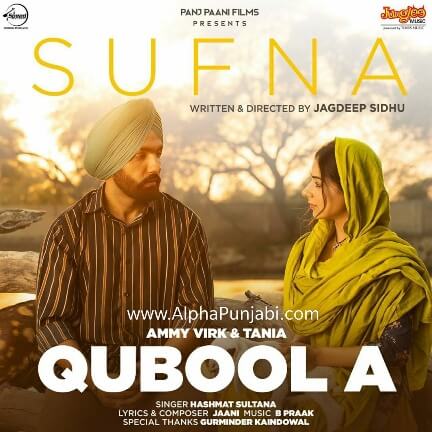 Ammy Virk first Most awaited movie of the year 2020 “Sufna” is releasing on 14th February “Valentines Day” .  Makers of the movie Gurpreet Singh and Navneet Virk under the banner “Panj Paani Films” released the very first track of movie “Qubool A”Today that is 14th January 2020. Qubool A is created a new benchmark in the industry as for the very first time Makers released the first song of the movie that is narrated on a Female Leading Actress . This is the great initiative taken by the makers to give importance to the female Actresses of the Movie which is very appreciable.

“Qubool A” Song in the melodious voice of Hashmat Sultana is penned by Jaani and music Is given by B Praak. Sufna Film is written and directed by Jagdeep Sidhu. Apart From Ammy Virk and Tania “Sufna” also Stars Seema Kaushal , Jagjeet Sandhu , Jasmin Bajwa , Lakha Lehri and others in the vital roles. “Sufna” will spread love on theatres on 14 Feb 2020. 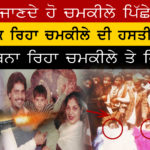 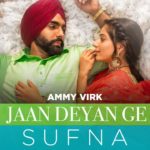