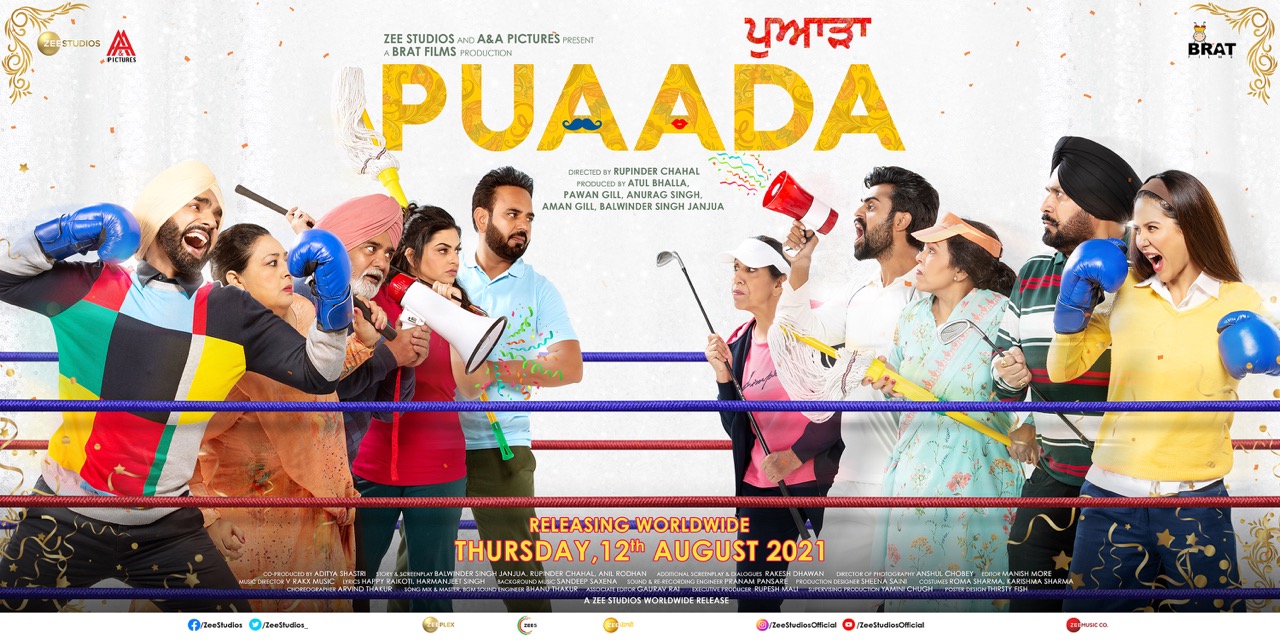 National, 1st September 2021: After its successful theatrical release, Punjabi desi romcom Puaada is all set to premiere on ZEE5 on 17th September, giving another reason for Punjabi cinema fans to rejoice.

Popular jodi Ammy Virk (Jaggi) and Sonam Bajwa (Raunak) are seen together for the fourth time in Puaada as a lead pair, after their successful films earlier. Directed by Rupinder Singh Chahal, Puaada was the first Punjabi film to release in cinemas (12th August) after the announcement to open theatres with social distancing norms was made. The performances and humour won the hearts of the audience on the opening day itself with record-breaking box-office numbers.

A mad, desi romantic film laced with comedy of errors and a lot of chaos! Jaggi and Raunak must rise above all to save the day, make their parents fall in love with each other and save their relationship from collapsing!

Speaking about the digital premiere, Manish Kalra, Chief Business Officer, ZEE5 India shared, “We are looking forward to the premiere of theatrical blockbuster Puaada on ZEE5. In our continued efforts to provide viewers with entertaining content, this film gives us an opportunity to connect with the audience in an important market like Punjab. We kick-start our campaign ‘ZEE5 RAJJ KE VEKHO’ with this film as well. Fans loved watching it in theatres and for those who may have missed it, can watch it on 17th September on ZEE5.”

Sonam Bajwa said, “It is such a satisfying feeling to be associated with a film that brought smiles to Punjabi cinema lovers who were isolated for so long due to the pandemic. Really happy with the film’s success and the digital premiere on 17th September will ensure the reach is multiplied.”

Concluding, director Rupinder Singh Chahal said, “With Puaada’s theatrical success and subsequently the premiere on ZEE5 on 17th September we hope those who missed going to the theatres, can enjoy this movie now on their personal home devices.”

Puaada is all set to premiere on ZEE5 on 17th September

Subscribe to the ZEE5 annual premium pack at Rs. 499/- for non-stop entertainment

For More Updates Stay Tuned With Us….. 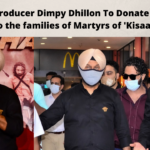