Written by the very talented Raju Verma and directed by Bambukaat and Sajjan Singh Rangroot fame, Pankaj Batra, the film will star Binnu Dhillon along with Gurnam Bhullar and we will see Sidhika Sharma, Alankrita Sharma and Annu Chaudhary in pivotal roles.

Speaking on the film, Shariq Patel, CBO, Zee Studios said, We are ramping up our regional slate of films, especially Punjabi films. We are excited to associate with the team. Fuffad Ji is a heart-warming story with a special social message, I am confident that audience will like the film”.

The Director Pankaj Batra also added, that the film is touted to be a period family drama with a shade of comedy in it. 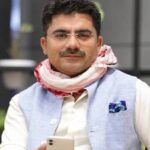