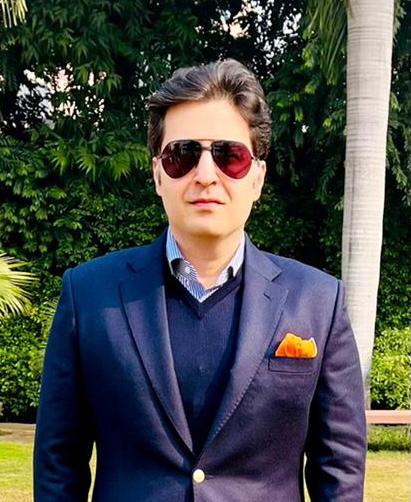 After the Phenomenal success of blockbusters hits like, “Carry on Jatta 2, Vadhayiaan Ji Vadhayiaan and Shadaa”, A&A Pictures, is all set to fuel you all with Little “Puaada” .So brace yourselves for a bit of “Puaada” this April 2, 2021 starring Ammy Virk and Sonam Bajwa.

The release date announcement came like a treat for the audiences who have been waiting for the film since 2019.

A&A Pictures is owned and run by Atul Bhalla, who believes in making a meaningful and good cinema. He very categorically and specifically believes that Punjabi Film Industry is making films in a different zone, a lot of comedy movies with beautiful punches and jokes which tickle your stomach and carry a message are being made. It is a good sign for the rise of the Punjabi Cinema globally.

Lets know more about, “Puaada”, which is a Punjabi word meaning Chaos, Mess etc and in punjabi it is simply called “”Panga”. “Puaada” will be the first Punjabi film to release in cinemas in over a year. The film is directed by debutante Rupinder Chahal and Story & screenplay have been written by Balwinder Singh Janjua,Rupinder Chahal along with Anil Rodhan and Additional screenplay & dialogues have been written by Rakesh Dhawan.
The movie is completely a Rom-Com, and is going to be a treat to watch.

The film is presented by A & A Pictures and Zee Studios and the production is by Brat films.The Producers of “Puaada” are Atul Bhalla, Pawan Gill, Anurag Singh, Aman Gill and Balwinder Singh Janjua. Zee Studios have acquired the entire worldwide rights of the film and are chalking out big release plans for the same.

With this film, the Producer, Atul Bhalla is hoping Punjabi cinema will bounce back to the peak as it were before. He feels that the results will be very good for Punjabi cinema as they have been in the past and is very sure that after Puaada other Punjabi films will start lining up for theatrical release and audiences get to enjoy their favourite stars and films on screens again.
So let’s gear ourselves up and be ready to watch this laughter ride along with our families in the theatres near us on 2nd of April, 2021. 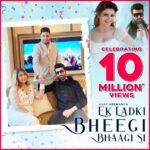 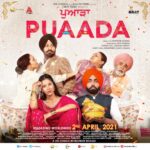